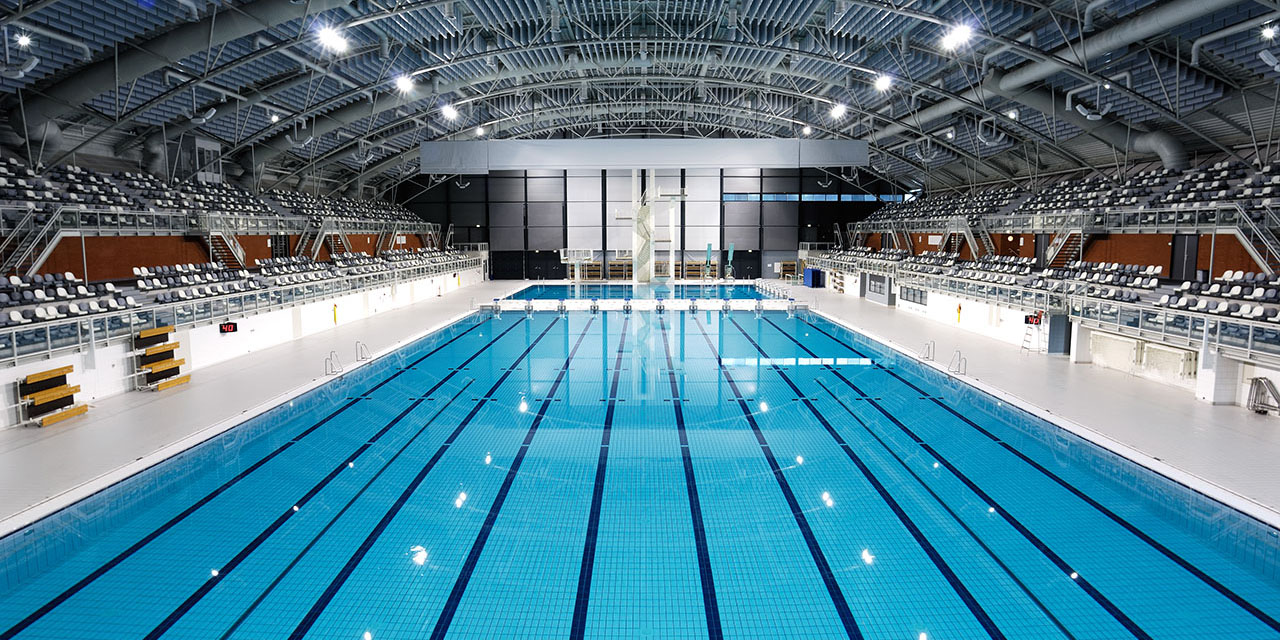 The swimming pool complex de Tongelreep dating back to the 1960s is located in one of the green lungs of Eindhoven, het Genneperpark. This complex developed into one of the largest national recreational attractions and training centres for top-level sportsmen and therefore needed to be transformed and modernized.

After the wonderful achievements of Pieter van den Hoogenband and Inge de Bruin at the Olympic Games in 2000 in Sydney, there was a basis to design a state of the art swimming centre for top-level sportsmen in Eindhoven. The centre would replace the old 50-meter pool, also referred to as the ‘klotsbak’ (body of water with strong wave activity), and form an extension to the existing complex. This complex was built in the 60ies and underwent a transformation in the 80ies when the recreational area of the complex was extended with the construction of –amongst other things – a pool with a wave generator which made the number of visitors increase to about one million per year. Taking the existing 50-meter pool into account, the complex had to be modernized in phases and expanded with an Olympic 10-lane 50-meter pool including a 2-meter moveable pontoon, an 8-lane 25-meter meter diving pool with an Olympic diving tower and a stand with a seating capacity of three thousand spectators and various facility rooms.

The challenge of designing the complex was mainly preserving the existing competition pool and integrating the enormous building in the Genneperpark. Since the building lot had both an urban as well as a rural side, we chose to shape it as a transition between the rural and town area. By creating an all-embracing fluent motion in the direction of de Tongelreep (watercourse) a sloping volume originates that is shaped in the form of a slope at the side of the sunbathing area.

A determining factor for the height of the building was the height required for the diving platform. Because of this, there was some extra volume available in the slope next to the building in which a 4-lane 50-meter pool could be constructed, creating a permanent training facility for top-level sportsmen. Supported by a gym, rooms for trainers, a dry jumping pit and lastly but probably most importantly an innovative lab (Innolab of InnoSport) linked to the knowledge industry of Eindhoven.