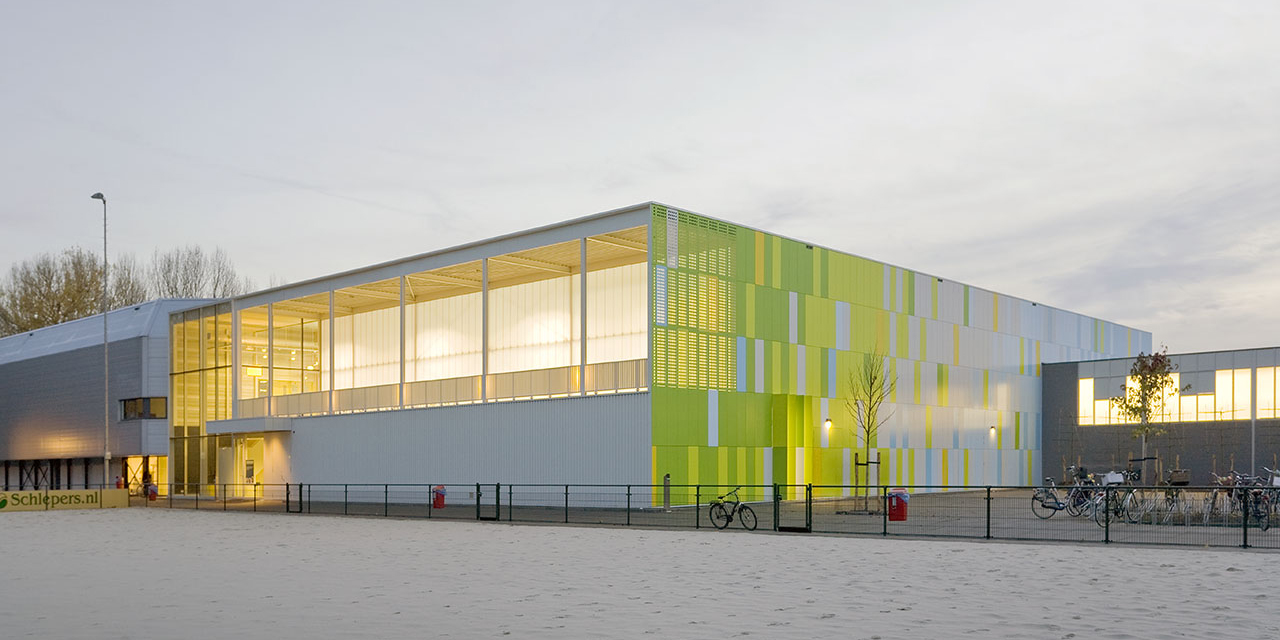 The design has subtle accents, such as facade perforations and shutters that add a smaller scale to the surroundings and open the building to the public. The floor plan has been designed in such a way to create an open and spatially interesting public area between the two halls. This space connects the restaurant and spectator stands and creates visual relations.