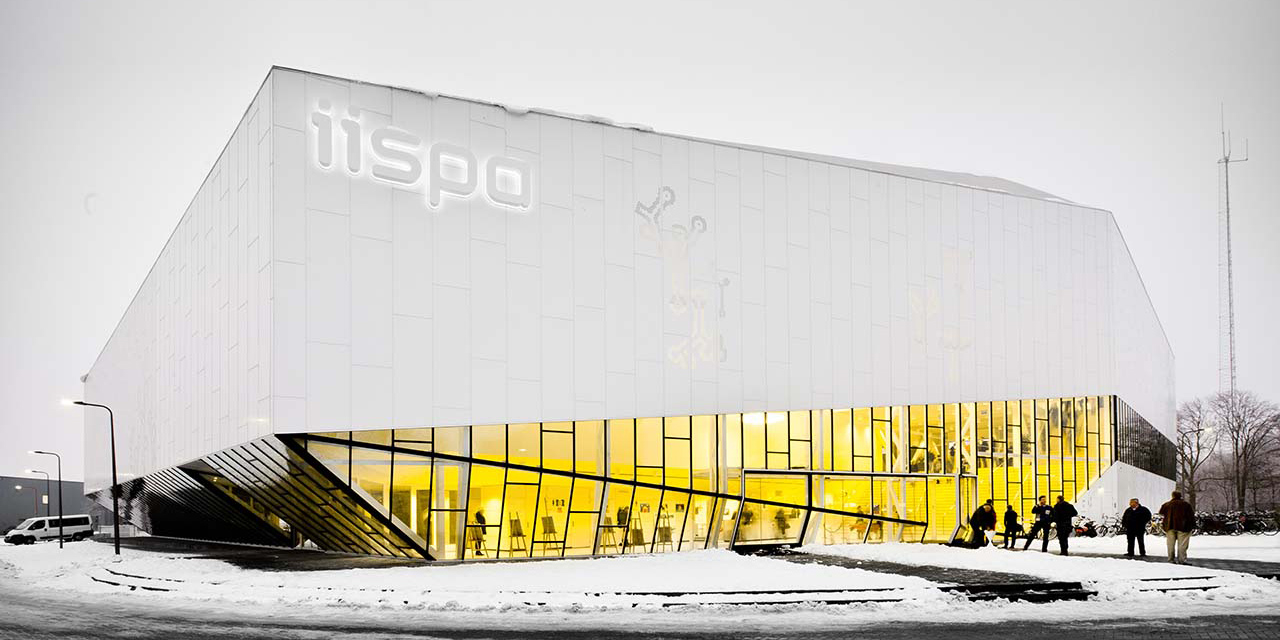 The building is a composition of two gym halls, a recreational sports hall with three sports areas and a top-level sports hall with a seating capacity for about 1,500 spectators. Due to lack of space on the available lot these sports halls were organized into a split level stacked building concept. The supporting functions were placed in the left over spaces in the building envelope. The split level organization creates multiple visual and spatial interactions between the various sports, the athletes and professional as well as recreational visitors.

The building is used by a large number of visitors at the same time, therefore the circulation areas are generously dimensioned. The routing through the building flows between the main volumes and passes along a sequence of dynamic spaces such as the wide stairs, the cafe and spectator stands which relate to various surrounding sports areas.

A large part of the traffic zones are laid out along the exterior front which creates a lively image of athletes and visitors moving around the building. The façade is decorated with a graphic pattern in the surface structure of the cladding panels (by day) and partly as perforation which transforms the visual character of the building and makes it light up at night.